We’re going to get the anti-refugee laws repealed.

Refugees abandon their homes to escape war and persecution. They have to seek safety elsewhere. The right to do so, set out in the 1951 Refugee Convention, has protected millions worldwide for decades.

Today, in the UK, the anti-refugee laws are putting that basic right under threat. Unless we fight back, Britain’s days as a safe haven could be over.

In April 2022 the Nationality and Borders Bill passed in Parliament, turning the anti-refugee Bill into the anti-refugee laws. The Government chose to punish refugees rather than protect them. It’s a tragedy that must be put right.

When the anti-refugee laws are repealed it won’t be a second to soon, but it will be too late for many of the lives ruined by this legislation.

Our pledge below lays out what this campaign and its supporters are committed to: a compassionate approach that welcomes and supports refugees. 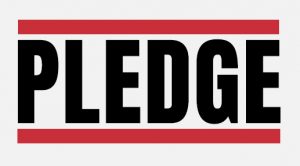 We believe that people seeking protection from war and persecution should be welcomed and that everyone’s claim for asylum should be treated equally and fairly.

We believe that the UK should offer sanctuary to those who need it. That’s why we’re taking a stand against the anti-refugee laws. We pledge to:

The anti-refugee laws permit the offshore processing of people seeking asylum and the creation of warehouse-style reception centres on UK soil, ripping up internationally recognised rights for people fleeing war and persecution, and criminalising thousands of refugees.

They will be costly to implement and ineffective – creating ever-longer backlogs and delays in the asylum process that will leave people facing homelessness and destitution, and living in limbo for longer.

Rather than breaking the business model of people smugglers, the new laws will leave people vulnerable to exploitation and reliant upon criminal gangs in order to reach safety.

Missing from the legislation is any attempt by the Government to introduce new routes for people fleeing war and persecution to claim asylum in the UK, such as a long-term and ambitious commitment to refugee resettlement or expanded family reunion schemes. It’s the lack of such safe routes that drives people to risk their lives to cross the dangerous Channel in flimsy boats.

“The anti-refugee laws would have meant I would never have been reunited with my wife. We could not have rebuilt our lives, and we wouldn’t have had our daughter.” – Akram, Birmingham

“With these anti-refugee laws, the Government is closing their eyes and throwing people back to war and persecution.” – Kidist, Leeds

“Due to a political problem I was forced to leave Afghanistan and travel to the UK through different countries. These laws will mean people in my situation will have no chance to claim asylum.” – Asimgul, Walsall

Parliamentarians who have signed the pledge: